On January 03, 2020 the DeLand Police Department received reports of two burglaries to construction sites. The two locations, 485 Nowell Loop lot 67 and 231 Duke Drive lot 53 were burglarized sometime between January 2, 2020 at 2000 hours and January 03, 2020 at 0800 hours. Several pieces of lumber and other materials was taken during the burglary.

If you have any information about these burglaries or the identity of the suspect(s), please notify Crime Stoppers.

On 12/26/2019, at about 3:30 am, an unidentified suspect entered the yard of a home on North Arlington Avenue and stole several items from the property. The stolen items included a leaf blower, nail gun and pink child's bicycle. If you have any information regarding the suspect in the photographs, please notify Crime Stoppers. 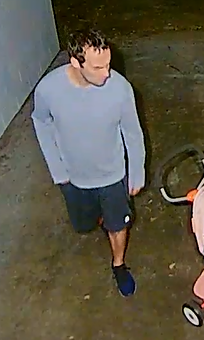 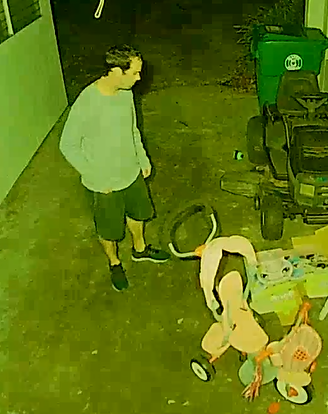 On 12/31/2019, the Burger King Restaurants located at 1850 S. Woodland Blvd and 1032 N. Woodland Blvd were burglarized after closing for the evening. No suspects have been identified and the Deland Police Department is seeking information regarding the identity of the suspect(s).
If you have any information about these burglaries or the identity of the suspect(s), please notify Crime Stoppers.


On January 1, 2020, at about 1800 hrs, at Charleston Place Apartments off N. Nova Rd. in Holly Hill, unknown suspect(s) shot into a vehicle killing the driver.

Anyone with any information pertaining to the identity of anyone involved in this case should contact Crime Stoppers and you may be eligible for up to a $5,000 reward.

On 12/23/2019, the victim was driving on Lindley Boulevard, in Deland, when  his front passenger door was shot with an arrow. The victim called law enforcement and the arrow was recovered from the vehicle door, but no suspects were identified.
The Deland Police Department is seeking information regarding the identity of the subject that fired the arrow at the vehicle. If you have any information regarding the suspect's identity, notify Crime Stoppers.

STATUS: OPEN
On 12/08/19 at about 10:00 pm, multiple shots were fired into an occupied apartment, located on Laurel Villas Circle in Deland. A male at the residence had an argument with 3 young black males a short time prior to the shooting. The suspects were all described as being between 16 and 19 years old, wearing dark clothing. One of the suspects was wearing a green Nike hooded sweatshirt with a pink and white camouflage Nike swoosh on the front, and had a tattoo on the left side of his face.
If you have any information about this case or these suspects, please submit the information to Crime Stoppers.

STATUS: IN CUSTODY
On August 20, 2019, a man was attacked by the suspect and was struck on his neck with a machete. The suspect then fled the scene prior to law enforcement arrival. The incident occurred at the Sunoco Station, at 262 North US Highway 1, in Oak Hill.
The suspect has been identified as Paul Elliott Thompson. Thompson has a violent criminal history and should be considered armed and dangerous. If you see Thompson, or know where he is staying, do not attempt to apprehend him. If you have information about this suspect's location, notify Crime Stoppers and you could be eligible for a reward! 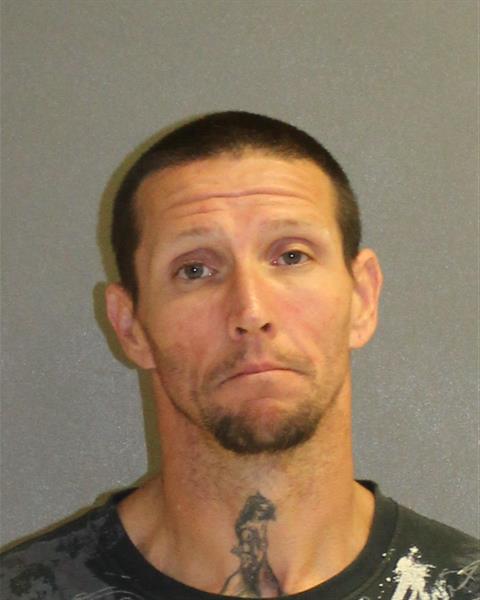 Joshua Sneed was last seen on 06-04-19 by his live in girlfriend in the Laurel Villas apartment complex in DeLand.

Sneed is a 22 year old dark skinned black male, short crew cut hair and is approximately 5’ 8” tall, stocky build, round face with scruffy facial hair on his chin and the sides of his face.

Sneed is believed to be in the Deland or Deltona area. If you know of Sneed's whereabouts, please contact Crimestoppers. 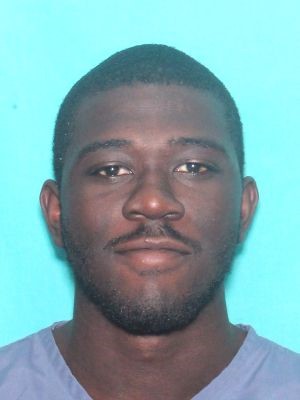 STATUS: OPEN
On May 23, 2019, two black females entered the Wal-Mart, at 1569 Howland Boulevard in Deltona. They loaded their cart with groceries and proceed to the checkout lane.  The females used a distraction method to “pretend to pay.” When the clerk realized the fraud, one of the suspects reached over the counter and forcefully snatched some gift cards out of the clerk’s hands.  Both females then ran from the store to a silver four-door vehicle and fled the area.
If you have any information on the identity of these suspects, please notify Crime Stoppers. You will remain anonymous and could be eligible for a cash reward. 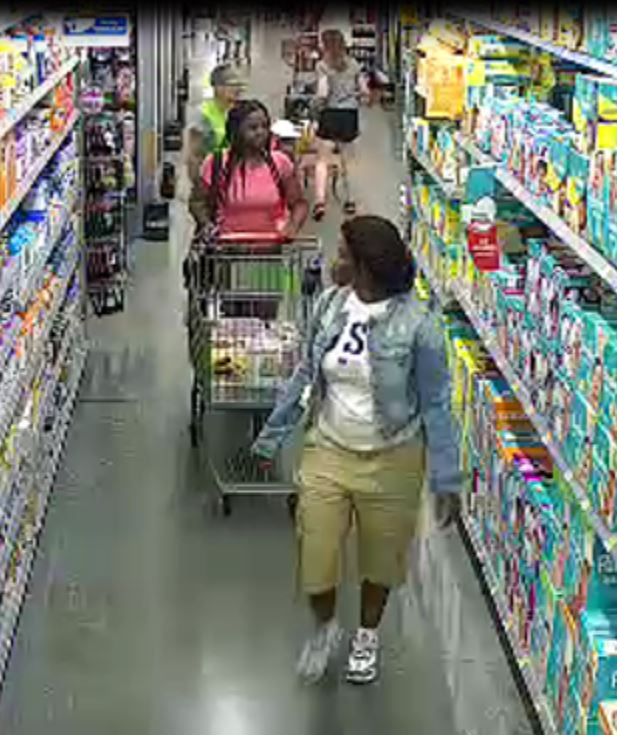 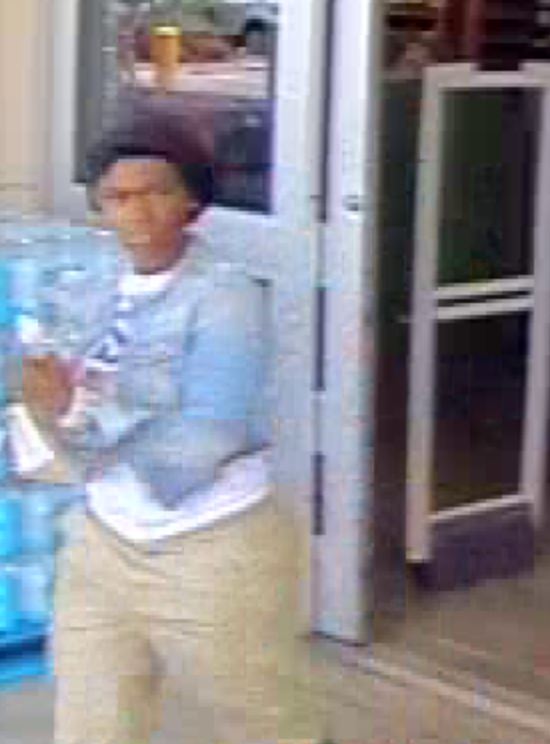 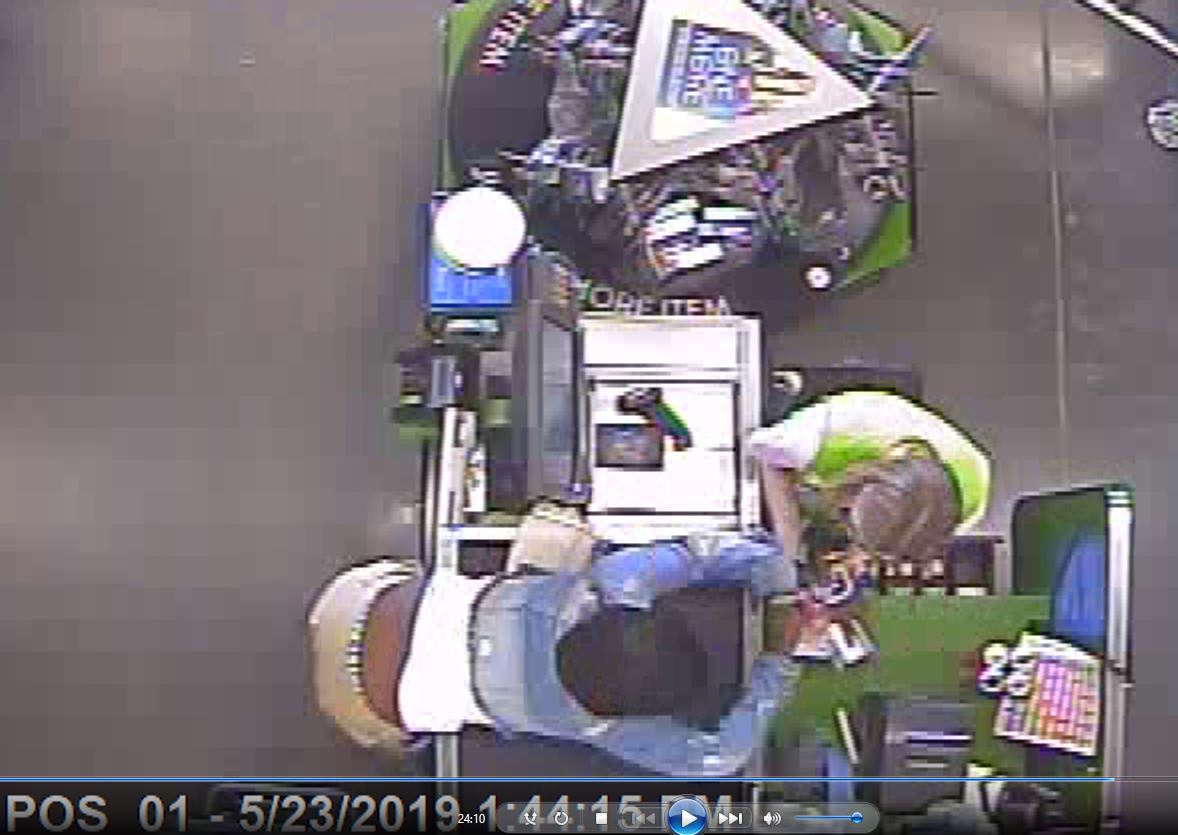 On May 17, 2018, the suspect was with the victim in the evening hours at the Surfside Tavern, 3400 S. Atlantic Avenue. They left together and travelled to the 7-11 Store at 3210 S. Atlantic Avenue.  The pair then walked to an unknown location on S. Atlantic Avenue, described as being “across the street from the 7-11 Store and they took some stairs".  The suspect told the victim he was staying at the location with his boss and she believes he may have been in the construction business. The victim adamantly refused the suspects request for intercourse due to the lack of condoms but was intoxicated and “blacked out”.  Upon regaining consciousness she realized the suspect had sexually battered her

The suspect is described as a tall, darker skinned (possibly Hispanic) male, with very white straight teeth and a muscular build.  He has a tattoo of a baby on his chest.

IF YOU HAVE ANY INFORMATION REGARDING THE IDENTITY OF THE SUSPECT IN THIS CASE, PLEASE CONTACT CRIME STOPPERS. 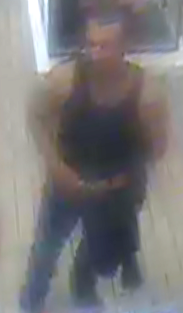